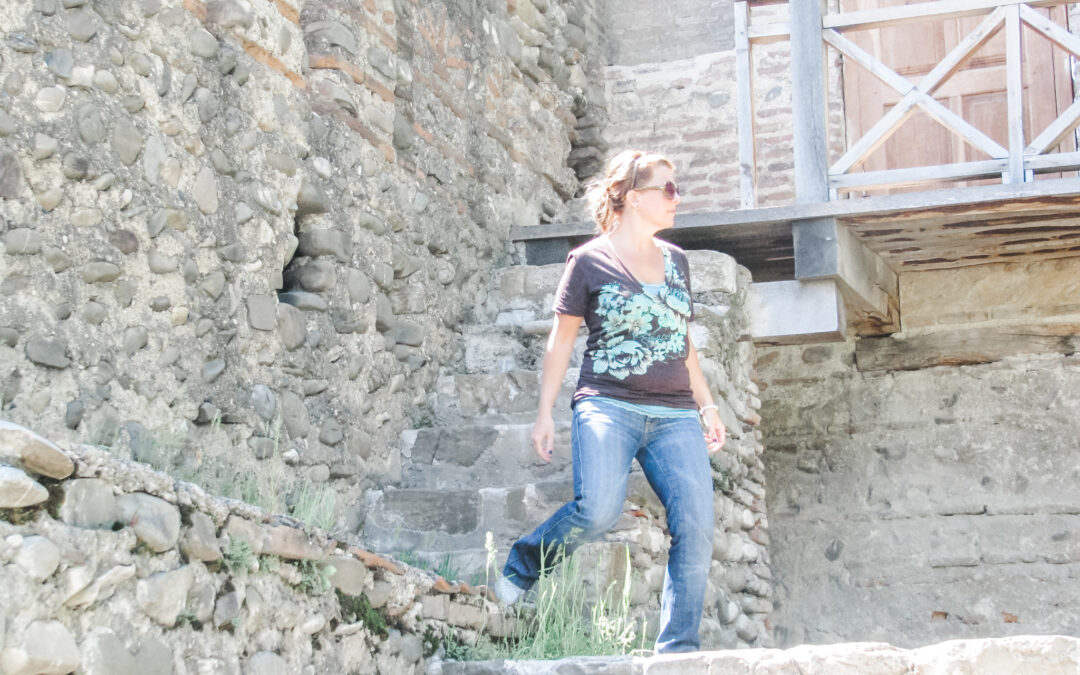 As told in the book Sister Freaks, chapter by Elizabeth Jusino

When she was in Bible school, Holly used to tell her friends that she would “rather throw up a thousand times than be a missionary.” She imagined that if she even considered overseas missions, God would send her to the jungles of Africa. “I was sure that I would have to invent a language and weave my own clothes out of grass, because I could never walk around naked!” she laughs today.

Holly had other plans for her life. She had known ever since she committed her life to Christ when she was thirteen that she wanted to work with teenagers and young adults. She believed that God’s plan for her must be to get married and live in suburban America, leading the senior high girl’s ministry in a large church.

At first, that’s the way things looked in Holly’s life. In her sophomore year at Moody Bible Institute, she met a fellow student, and they both felt an instant connection. Stephan graduated and moved across the country to work in Christian radio, but he often returned to visit Holly, and the couple began to talk about how soon she could finish her degree so that they could get married.

The summer before her junior year, Holly arranged to work as a nanny near where Stephan lived, so that they could spend more time together and get to know each other on a daily basis. But shortly before Holly arrived, Stephan went through a series of emotionally painful situations with his job that led him to question almost everything in his life. “He was a wreck,” Holly says, looking back. “After many late nights of conversations, Stephan told me that I could do better than him, and he walked out the door. I haven’t seen him since that day.”

Holly felt like her life had flipped upside down, and that God had wiped away any possibility for her to become who He created her to be. She returned to school depressed and angry. She considered taking a semester off, but she was afraid that if she left, she would never come back. Even in her pain, Holly believed that God must have a bigger plan for her life, that all of her suffering and all of her work to graduate early must be for some greater purpose.

Holly did try to make one change to her life in acknowledgement of the hurt she suffered. Every student was required to study a foreign language, and Holly had chosen German because it was Stephan’s native language. Determined to put all thoughts of her former love behind her, she marched to the registrar’s office to change her language to French. However, when she realized that the only French class available was early in the morning, while German was offered in the middle of the day, she decided to take the more practical route and stayed in German.

As she continued through the first difficult year after her broken relationship, a missionary came to Holly’s Youth Ministry class to talk about the need for youth leaders on US military bases around the world. Her heart began to race. Was this what God wanted her to do with her German? Was this a way to serve Him? Working with American kids in Germany didn’t sound like the wilderness of Africa.

In January 1999, Holly boarded a plane bound for Stuttgart, Germany, where she served as a youth missions intern for four months. Although it was not a lifelong commitment, Holly calls it her “first leap of faith for God. I came back a changed woman, with a bigger worldview and a slight passion for missions.”

Yet Holly clung to the idea that she was not called to overseas work. She settled into another internship, this time with a church in Minnesota. Her life seemed to be moving toward the suburban church position she always dreamed about when a permanent position for a Senior High Girls’ Youth Director opened up in a nearby town.

Holly says, “I believe we all have two choices in our lives that we constantly make: to grow closer to God or to stay where we are with Him.” That Christmas, as she pondered the new job opportunity, Holly faced a crossroad. She could take the easy route and accept the job in the United States. But when she was honest with herself, she knew that something had changed. The church job did not sound appealing anymore; Holly was dreaming again about Europe. Although she tried to put aside her doubts and secret longings, God would not let it go.

Her choice became even more difficult when, out of the blue, Stephan called her. He only said that he wanted to get together and talk, but in her heart, Holly believed that if she saw her former love, things would pick up where they had ended so abruptly eighteen months before.

Confused, with her emotions torn apart, Holly fled to the prayer room of her church for what she describes as “a little honest talk with God.” As she poured out her questions and concerns, the right path became clear. She was being called to grow closer to God. And that would take faith, sacrifice, and a few radical changes to what she thought her future would look like.

“I handed Stephan back over to God and [accepted] my singleness,” Holly says. “I knew what I was walking away from, and I told God that if He wanted me to marry someday, he would have to take care of it for me. I needed to go overseas and serve Him. I chose intimacy with Him, no matter what that looked like.” Peace and assurance washed over her almost immediately.

Holly never did see Stephan. She never found out “what might have been.” This next season of life would only be about Holly and God. Perhaps one day she would marry, but for now, she embraced the title she never dreamed of owning: a single missionary.

Once Holly said “yes” to God’s call, plans fell into place quickly. She continued to hear God whisper, “Pursue Europe,” so in June of 2000, Holly joined Greater Europe Mission – an organization committed to assisting the peoples of Europe in building up the Body of Christ. Before long, she found herself in Linz, Austria, helping the local church launch a youth ministry for Austrian teens. It hasn’t been easy to become fluent in a second language or to fit in to a culture so different than what she knew. Yet looking back, Holly reflects, “I am here because God called me. My mind wanders back to the days when I claimed that I would never move overseas, and I have to smile. I am silenced when I think about how God so graciously picked me up, altered my path, and lovingly inscribed His desires onto my heart. God continues to radically change my heart and mold me into His woman.”

Holly clings to a verse she discovered four years ago, wounded by a broken engagement and uncertain of her future calling. “Does the Lord delight in burnt offerings and sacrifices as much as in obeying the voice of the Lord? To obey is better than to sacrifice…” (1 Samuel 15:22) Holly’s obedience to God’s call in her life has certainly caused her to sacrifice, but in the end, she knows, her joy is far richer than anything she may have lost.